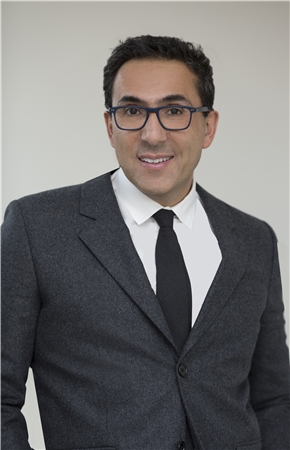 Gastroenteritis (stomach flu) is the inflammation of the gastrointestinal tract. It is a very common ailment affecting approximately one in six people in the United States each year. Gastroenteritis may be caused by a virus, bacteria, a parasite, or by the ingestion of a drug or chemical toxin. Most forms of gastroenteritis are contagious, transmitted through contaminated water or food, or spread person-to-person. Although usually self-limited and not life-threatening, gastroenteritis can be dangerous to the very young, very old and immunocompromised.

Although commonly referred to as "stomach flu," gastroenteritis is not related to influenza. It symptoms include:

More serious symptoms of gastroenteritis require immediate medical intervention. These include blood in the stool or vomitus, high fever, vomiting that persists for more than 48 hours, or signs of dehydration, such as:

If a patient becomes seriously dehydrated, hospitalization may be necessary.

Infants are especially susceptible to rotovirus. Travelers on cruise ships are prone to norovirus. Infants, the elderly, and patients with pre-existing disease conditions are more susceptible to dehydration as a result of having gastroenteritis.

Gastroenteritis can usually be diagnosed by after a medical history and thorough physical examination. A stool culture may be used to identify the specific pathogen causing the condition. Other illnesses, such as appendicitis, meningitis and septicemia produce symptoms similar to gastroenteritis and so may have to be ruled out.

In all cases of gastroenteritis, because so much bodily fluid is lost through vomiting and diarrhea, hydration and the balancing of electrolytes is necessary. Normally, patients are told to increase oral fluid intake, but in severe cases, hospitalization and intravenous administration of fluids may be required.

Because in most instances there is little to be done to cure gastroenteritis, and because symptoms cause such acute misery, prevention is important. Methods of prevention include:

In situations where there is fear of water or food contamination, particularly in certain foreign countries, individuals should avoid eating raw foods, including fruits and vegetables (unless peeled) and salads, and should eat only well-cooked fish or meat. Only bottled water should be ingested or used for toothbrushing and ice cubes should be avoided. Wherever possible, hard surfaces used for eating should be disinfected.